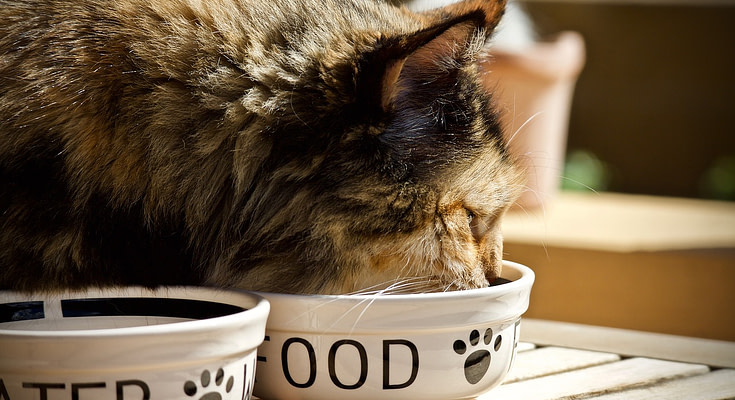 Today, most owners use ready-made dry food for their cats. It is convenient, economical and safe, and most importantly, it excludes fatal mistakes when drawing up a pet’s diet. But what to do if the cat vomits after dry food? First of all, you should think about why this is happening. Vomiting occurs both from improper feeding organization, and for more serious reasons.

1-The cat ate too much

Not all owners follow the feeding norms indicated by the manufacturer on the packaging. Some people pour food into a bowl to the cat several times a day, considering the animal’s appetite as the only guideline. This approach not only threatens the development of obesity in the pet, but also creates complications in the short term. Once in the stomach, feed pellets increase significantly in volume and weight, so their excess in a single serving often causes vomiting.

To be fair, it’s worth noting that cats are generally not prone to overeating. But there are exceptions: for example, animals found on the street and survived a long period of malnutrition.

If the cat vomits after dry food, first of all, you need to establish a feeding regime:

-Observe the feed dosage indicated on the package;

This problem is relevant even in cases where the animal feeds strictly according to the norm. Swallowing food too quickly may be due to competition (if there are several pets in the house) or, again, once experienced starvation. If your cat is vomiting from dry food, and you notice that it has excessive haste during the meal, we advise you the following:

-Provide the pet with a calm environment during feeding – away from walkable places at home, in the absence of other animals;

-Purchase a special bowl with protrusions that slows down the consumption of dry food, or reduce the portion size by dividing the daily amount of food not into two, but into three portions.

3-Intolerance to one or more feed ingredients

If the cat vomits after the introduction of a new dry food, it can be suspected of having a food intolerance. Diarrhea is often an additional symptom of this condition. It is important to understand that the cause of such a reaction is not the entire feed, but one of its components (rarely several), for example, a source of animal protein. The problem is easily solved by the selection of dry food, where the undesirable component is absent.

Also, do not forget that the transition to another diet should not be abrupt, but gradual – within 7 days. Sometimes intolerance is temporary and associated with striking differences in the composition of feed.

If the cat previously had a diet high in cereals, and then it was decided to switch to a higher quality food with a predominance of meat ingredients, the body may react unpredictably, including vomiting or diarrhea. But this does not mean that you need to permanently return low-quality feed. Follow the principle of gradualness, and everything will work out: the enzyme system takes time to tune in to digest meat.

4-Dry food mixed with something

Another common cause of vomiting from dry food is mixing it with foods that are not digested differently or not at all by the feline body, such as raw meat, which is digested much more slowly than dry pellets. Milk is also in the top of undesirable products: adult cats practically do not assimilate it due to the lack of an appropriate enzyme.

In all these cases, digestion stops. The stomach sends a signal to the brain that it is not doing the task at hand. Undigested food is perceived by the body as a serious danger, and it gives a signal for its emergency evacuation. To prevent the cat from vomiting from dry food, it is better not to mix it with anything, at least in one bowl – for sure.

5-It’s not the food that is to blame, but the hairballs in the stomach

If a cat’s gastrointestinal tract is clogged with bezoars (wool lumps), this can also provoke vomiting after eating. A hungry cat may not be bothered by these lumps, and dry food swollen in the stomach gives such a reaction. The problem is solved with the help of special pastes that are available in pet stores and veterinary pharmacies. They can be used for medicinal and prophylactic purposes.

Think back to the last time you gave your cat an anthelmintic drug. If it was a long time ago, perhaps the cause of vomiting is a strong defeat of the animal’s body by helminths. Sometimes parasites are present not only in the intestines, but also in the esophagus, other organs and tissues, which invariably affects the state of health.

Please note that in this case it is extremely risky to remove worms on your own, since the sharp death of a large number of parasites threatens to poison the body with decay products. It is wiser to consult a doctor for a treatment regimen and adhere to it clearly.

If a cat vomits from dry food, you must also make sure that it is fresh and sound. Even if the shelf life has not expired, it can be spoiled due to improper storage: at high temperature or humidity, in direct sunlight, or in an open bag. For this reason, you should never buy dry granules by weight, in damaged packages. If you suspect that the food you have already bought has gone bad, it is safer to throw it away and get a new one.

When to see a doctor

In general, a single vomiting while maintaining activity and normal appetite should not cause anxiety among owners, especially if the cat has previously chewed herbs or overate. However, we strongly recommend that you contact your veterinarian if:

-The cat vomits not only from dry food, but also from water;

-Lethargy is observed, the desire to hide in a secluded corner;

-Body temperature is increased or greatly reduced (the norm varies within 37.5–39 ° С).

-The cat may have an infectious disease or serious poisoning that has nothing to do with dry food. It is impossible to hesitate in such a situation, since dehydration with indomitable vomiting occurs very quickly.

If there are no other symptoms besides vomiting, but it is repeated systematically, a medical consultation (albeit not so urgent) is also necessary. After all, there are many chronic diseases that can be accompanied by this symptom. Only a doctor can make an accurate diagnosis and prescribe the correct treatment after an appropriate examination at the veterinary clinic.

See also: How to properly feed a sterilized cat 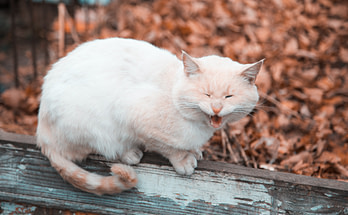 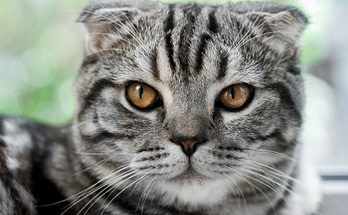 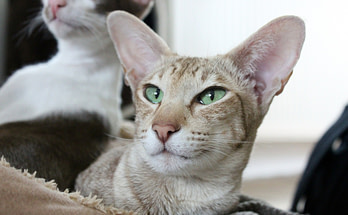